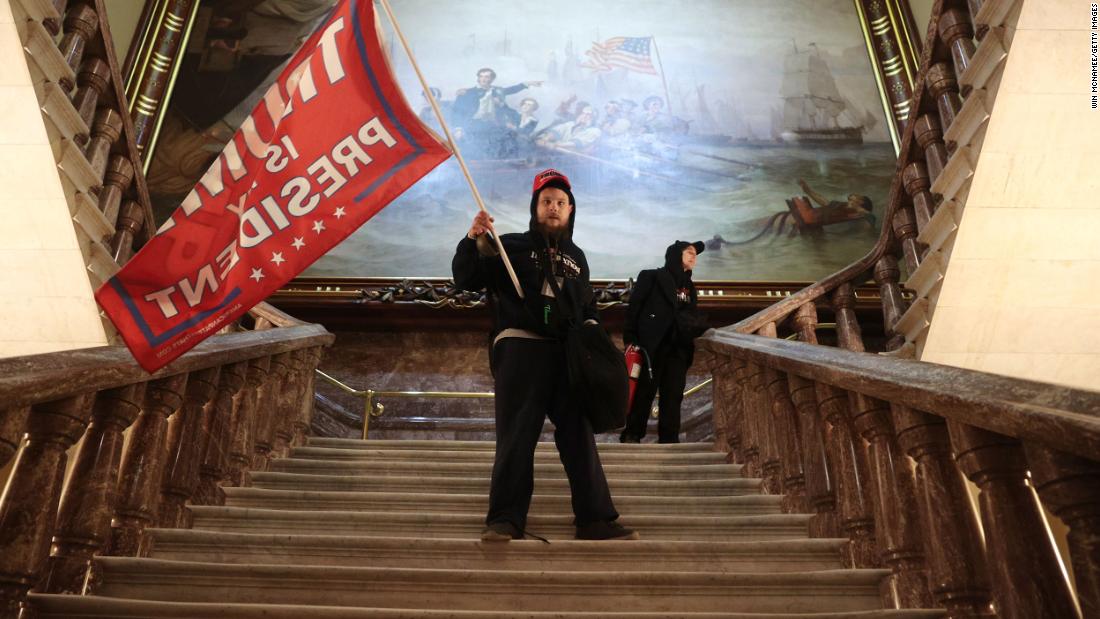 A rioter holds a Trump flag inside the US Capitol near the Senate chamber on Wednesday, January 6.

A rioter holds a Trump flag inside the US Capitol near the Senate chamber on Wednesday, January 6.

In a stunning display of insurrection, supporters of President Donald Trump breached the US Capitol on Wednesday while Congress was meeting to certify the Electoral College’s votes for president and vice president.

The Capitol was put on lockdown and the certification vote was paused after the rioters stormed the building. It took several hours for the Capitol to be secured. Vice President Mike Pence was moved to a safe location, as was congressional leadership.

This was the first time the US Capitol had been breached since the British attacked and burned the building in August of 1814, during the War of 1812, according to Samuel Holliday, director of scholarship and operations with the US Capitol Historical Society. Congress returned to the Capitol in the evening to resume the certification process.

Congress’ counting of electoral votes is typically little more than an afterthought. But Wednesday’s joint session was expected to be a contentious affair. Some Republicans are objecting to the count and delaying the certification of President-elect Joe Biden’s win.

Their push is destined to fail. Democrats and a significant number of Republicans are planning to vote down all of the objections, saying it is a hopeless attempt to reverse the election outcome. Senate Majority Leader Mitch McConnell has already delivered a forceful rebuke of Trump’s baseless claims of widespread election fraud, warning his fellow Republicans that failing to certify the election results could “damage our republic forever.”

China and WHO acted too slowly to contain Covid-19, says independent panel

Analysis: Why you won’t find Sean Hannity and Tucker Carlson on British TV

A Spanish mountain climber has died after falling from K2

Australia simply had its hottest November on document, and big fires...

England is discovering new methods to crack down on unhealthy meals